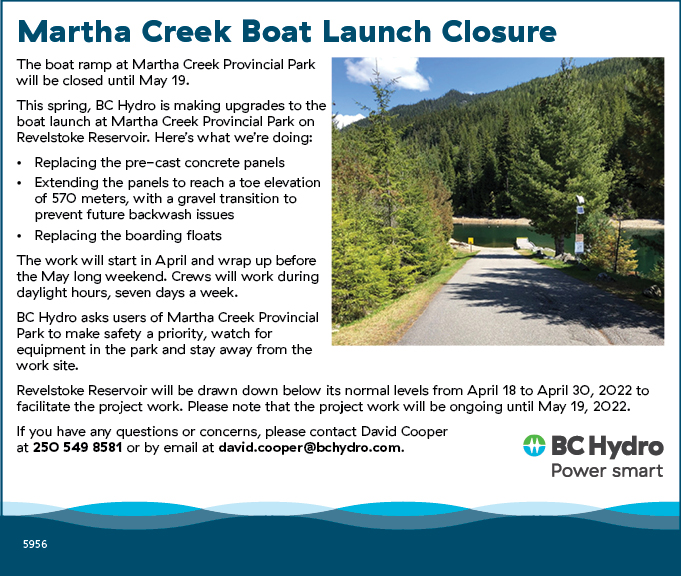 A new report on the proposed renovation of Revelstoke’s Grizzly Plaza presents several key questions about the direction of plans to renovate Grizzly Plaza.

A May 2022 report prepared by Selkirk Planning & Design for the city analyzes the site and presents issues and questions that will need addressing as the project moves along.

The new Grizzly Plaza Enhancement Committee, which last met in April, has members from a number of groups, including the city and various commerce, tourism and community groups. It was formed to look into options for the renovation project.

The renovation project has its genesis in a $322,050 Columbia Basin Trust pandemic grant meant to inject some cash into construction projects in public gathering spaces in the region.

The renovation project has been controversial with some residents, particularly after plans for a new statue were revealed, leaving residents feeling like decisions about the valued community gathering space were happening behind the scenes.

Relocate the bandshell, but to where?

In the survey, residents said they highly valued the existing burgundy bandshell. The new report asks, “Do we find a new location that would be better?” An illustration shows possible new locations within the plaza, including two that are only possible in a pedestrian-only option because they are located in the middle of the existing road.

A question for the committee is whether there is interest in “finding opportunities to incorporate the Indigenous history of Revelstoke into the settler history through storytelling?” It notes that incorporating Indigenous history in the redesign “wouldn’t be the only theme, but would complement recent history.”

However, in an April 13, 2022 letter, the chamber argues the format of the survey may have skewed respondents to select that option: “This approach may have implied an unintentional level of support based on how that data was interpreted; There was no option to say, “Don’t close the street to vehicular traffic,” it said.

In its unsigned letter, the chamber expresses several concerns about “street malls,” saying there are many examples of street malls that didn’t solve the problems they were designed to address.

“Problems optimistic planners had hoped to fix only got worse,” the letter states.

The letter says one key ingredient of successful street malls is their location in vibrant, attractive and high-density neighbourhoods.

Some trees may go

Some of the large trees in the plaza, which were decorated with permanent white lights this winter, may need to go under various redesign scenarios.

The analysis asks whether a preserve or replace the trees, noting the preference is to keep as many as possible.

Another question the committee will address is whether to add a water feature, such as a fountain.

The Grizzly Plaza committee will continue to meet on plans for the renovation, with plans for a final design presentation scheduled for Fall 2022.

The city’s application to the Columbia Basin Trust for funding for the renovation project focused on renewing the plaza with a focus to make it more conducive to live performances. While the longstanding summer concert series in Grizzly Plaza does attract locals and visitors from hotels to downtown and its restaurants in the evenings, the performances don’t attract a daytime crowd. During the day, the plaza and the large bear sculptures on Victoria Road invite motorists and the city centre, boosting the daytime retail trade. As a result the impact of closing the road will be felt unevenly by downtown businesses.

Grizzly Plaza was designed in part to draw motoring tourists off of Victoria Road into the heritage downtown core, particularly in summer when much of the tourist trade is made up of short-term visitors. A decision to close the plaza to vehicle traffic hasn’t been made, but going by the latest renderings, it’s still on the table and will be a key issue.

The original CBT grant was for $322,050. Many of the options on the table, such as re-locating the gazebo, seem like they could eat up that budget fast. If the cost of the final plans far exceed the budget, it wouldn’t be outside of the Revelstoke political norm for some outside funding, such as a tourism funding, to be found at the last moment —  a cheque to save the day. Despite the fact that it diminishes any planning process that came before it, it should at least be noted. We’ll see. For that to be a political success, the plan needs buy-in first, and an organization representing many businesses is expressing concerns.

Engagement and communications issues have already badly wounded a key objective of the revitalization: improving it as a live performance space. Although shows at the gazebo are charming, the venue does have a lot of issues, including bad acoustics, poor electrical supply and awkward interface with the audience. After news of plans for a statue left residents feeling like plans were being made without consultation, the public reaction in a survey on the project was to rally ’round the postcard gazebo. That has led to plans to possibly relocate it within the plaza, which doesn’t seem like any group’s initial preference.

In preparing the feature story below, one gets the sense it was up to the mayor and council to burn some shoe-leather to get support for the original Grizzly Plaza project. The new revitalization project has relied on online surveys and a committee comprised largely of organizations that are to varying degrees cross-dependent on local government or tourism funding. One exception is former mayor Mark McKee, an owner of downtown retail buildings, who sits as representative of Illuminate Revelstoke, a group responsible for adding lights to the trees in Grizzly Plaza this winter. The final design proposal is slated for the fall, around the time of the fall general election.

It’s challenging to predict where this will end up. Key questions will be: Do residents like what’s proposed — at least more than what is already there? How much is it going to cost? Who is going to pay for it?

Background: Read our Sept. 2021 feature on why the renovation plan has struck a discordant chord