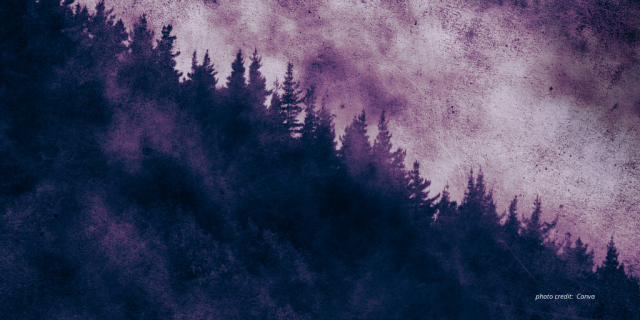 Do you genuinely want to create change in the world, or do you want to spread your fear and foster distrust? If we want to to connect with policymakers or find ways to become either a policymaker or someone who has the influential thoughts and ideas that policy makers connect to, then these are the questions we should be asking ourselves

I’m curious why we take to social media to have a voice, especially for issues we find relevant and important? Because when it comes to political change, voicing our opinion on a social media page does nothing except add to the fear and emotional discourse.

If we want to make a difference in the world, we’ll have to stop acting so bold on social platforms and instead actually do something that requires effort, grace and hard work.

We may want to be warriors of the ‘truth,’ but if we become blinded by our mission and only go to war we forget how to speak to each other. We devise cunning weapons through stories or use emotions as a way to create reactions to feel powerful instead of being warriors who embody compassion; without compassion we are just fierce but deaf to others. We want to spread our ‘mission,’ but that can be one-sided, and we’ve lost our super power, which is being gentle and merciful.

All our elected officials act like children: they sling insults back and forth, like third graders who haven’t learned about emotions. My daughter and her friends have better language and communication skills than the people leading our country. When she’s upset about the way someone spoke to her, she looks for solutions and strives to make peace.

Our policymakers are not humanitarians, as humanitarians are by definition – those who seek to promote human welfare and are involved in or connected to improving people’s lives and reducing suffering. Politicians are playing in a business that is often radically divisive and filled with people who are ready to attack if an idea or solution doesn’t align with their own.

So here’s an honest question: why are we allowing them to define how we treat each other? I’m not suggesting anything radical; I’m merely stating that it might be time to consider that our system isn’t set out to create harmony. It’s no secret that people who must make difficult decisions are often not liked, just think of parents from a teenager’s perspective.

I say this because it doesn’t appear that our present political leadership is actually helping humanity become kinder by role modeling healthy communication and conflict resolution.

Our civilization has grown in huge ways over the last 100 years. We’re not going backwards, we are progressing. There’s always been divisiveness in ways far greater than what we’re experiencing today.

However, if we want to move towards growth as a civilization we have to take ownership over that ourselves. If we care about reducing suffering for ourselves and others, we can’t be posting the way we have. In fact, I read some posts and I feel my heart closing, my hope fading and my fear rising.

But if we’re going to make change in the world, we’re certainly not going to do it by pointing our fingers, declaring ourselves above discrimination, boasting about our righteous beliefs and accusing the the ‘other guy’ of being wrong.

I think we should focus on creating movements of calm and rational thinking. Find ways to support each other through our differences, watch our frustrations and not push them down or lash out but move through the hard feelings. Allow our anger to teach us about the things that mean a lot to us and unpack why. Learn how to heal the parts of ourselves that create divisiveness internally and externally.

We’re a collective, but when we stand on the outer edges of each other we lose compassion and become advocates of radical ideas.

Mind you, these days I feel that my ideas seem radical. Weaving ourselves back to the middle path will help ease tensions in the world. It’s not that we shouldn’t have perspectives, but each of us can find ways to connect a little more than we have been.

Let’s not be so arrogant to think we know it all and that the other side is just incompetent in making conscious thoughts.

Ask questions, tell stories, be patient, take time out when you need to. Watch our own resistance to feeling peace (as resistance is the source of suffering) or make space to listen to others’ experiences.

So here’s a radical idea: instead of blaming others or posting on places that don’t make an ounce of change, why don’t we get our butts into action, help people and systems that need help and use our voices to shift ideas on platforms (not social media) where change happens. Where new ideas grow and we can foster growth.