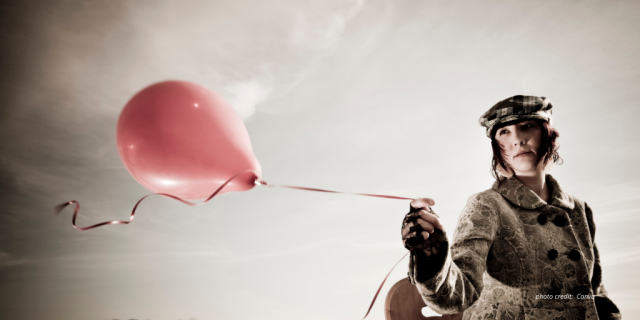 I’ve held on tight most of my life, as though I’m on  a rollercoaster and I must find a way to keep myself in my seat. I grip tight and take what comes at me. In some ways that may seem like a strength, but honestly, I haven’t been able to discern between when to hold on and when to let go — because I hold on so tight.

As with anything, there are many layers of holding tight, and I’ve learned to let go of some of my layers, specifically my desire for control and want for certainty. Although I’ve healed some parts of myself, I still don’t always recognize when it’s time to let go; rather, I feel an immense sense of responsibility when I commit to something or someone. I take my words and promises seriously as I don’t want to disappoint someone or a community of people.

But that’s not always healthy.

I’ve radically uprooted my peace by not recognizing when it’s time to let go of something, someone, a project, an idea, a pattern of behavior, or a living situation.

I suspect a lot of us (especially women) hold on to things that no longer serve us, for a myriad of reasons; as  women we’re expected to be caretakers, to be ‘good’ and likable, and to work twice as hard (or harder) as men in order to be seen as equal to them. So, holding on is kind of a give-in. I know men experience this as well, but I’m speaking from a woman’s perspective.

Do you know when it’s time to put down a project? When it’s time to end an unhealthy relationship? When to give up on a business or a project that’s not working either emotionally or financially? When to say goodbye to a situation that’s causing too much drama?

Is there a system that you use to identify and process when it’s time for a shift?

Do you feel that disappointing someone is one of the worst things you could do? To avoid that, do you constantly give to others and possibly feel resentful or fatigued? Or do you lack clarity on when to say no?

We celebrate passivity in our culture. Particularly in women, the messaging is, “don’t express yourself, stay quiet and only say things that don’t offend others.” As a woman, offending someone is so easy; just having an opinion is an easy way to trigger others and feeling confident is likely to frustrate someone because we’re not leading with our weakness on our sleeve. It’s a given that a man has an opinion or is confident; it’s expected and celebrated. Weakness is not, that’s a women’s role.

Therefore, we do things in order to fit in. Which means that we give more of ourselves than we have the capacity to, such as time, energy, commitments, working and volunteering on top of all the other demands of having a household and possibly kids.

We hold on hard just to participate in the world, because the messaging is (direct, indirect, passive, aggressive, we’ve experienced it all) that we need to give more to be seen as equal or to be taken seriously, not only by the opposite sex but also by our counterparts. We’ve been competing for a limited amount of seats at the table, and that’s created a competitive nature among us.

I’ve run a business and been a single mom for years, and a handful of years ago, one warm summer evening I went on the woman’s mountain bike ride. A woman that I knew said that I should be doing this more, that as a business owner in a small town, I should really be more social.

It gutted me. I’d worked day and night for years to balance being a single mother and a owning business. I barely had time for myself and was working nonstop with little to no vacation time. The message was that I should be ‘more’ was devastating because I couldn’t imagine how I could give enough for other women to see me as doing enough.

Hence holding on too long to many things in our lives that no longer serve.

We often end up in burn out, exhaustion, and adrenal fatigue before we’re even willing to admit that way of being doesn’t serve us – all because we’ve been pushed into a corner.

What about the middle path? Where we realize it’s OK not to please everyone? That disappointing others will happen, but it doesn’t make you a bad person, unintelligent, weak or unlovable.

Our worry doesn’t go anywhere, so we’d better figure out how to take care of ourselves and look for less in our lives, even if the worry is still there – ‘cause we’ll often want to do better or be seen as better.

Yet, I think it’s also up to us to support and teach each other what it looks like to let go of the things that might be beautiful, or lovely in our lives, because we simply can’t do it all. The fewer things we give our energy to, the better we will do at those things and the more energy we will have to take care of ourselves and our loved ones.

We’re checking out the Big Eddy Winter Market at