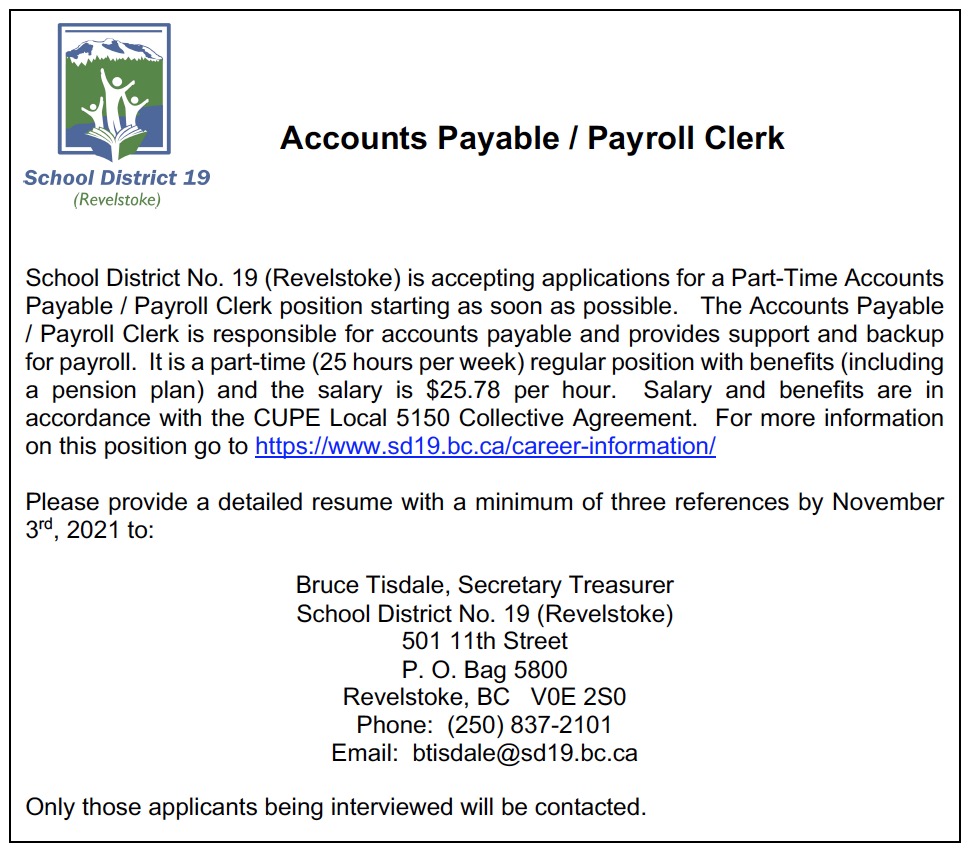 The City of Revelstoke has announced it has hired a new Chief Administrative Officer (CAO).

“I am thrilled and humbled to be selected as CAO. Council and [a]dministration have worked hard and achieved many successes. I am excited about the community and look forward to working with the whole team,” said Mr. Thackray.

“The [c]ity is excited to begin working with Mr. Thackray and is confident that his extensive experience and proven track record will be of great benefit to the citizens of Revelstoke. His enthusiasm to begin his new role with the [c]ity is evident and he will be a great addition to our community” said Mayor Sulz.

Thackray is scheduled to start on Oct. 4, 2021. Revelstokemountaineer.com will follow up for details after he arrives.

In late August, the City of Revelstoke announced it had hired another CAO, Chris Marshall, but a week later it issued another statement saying he had reconsidered due to family reasons and was not coming. Details here:

City news: What happens now after the newly announced Revelstoke CAO backed out?